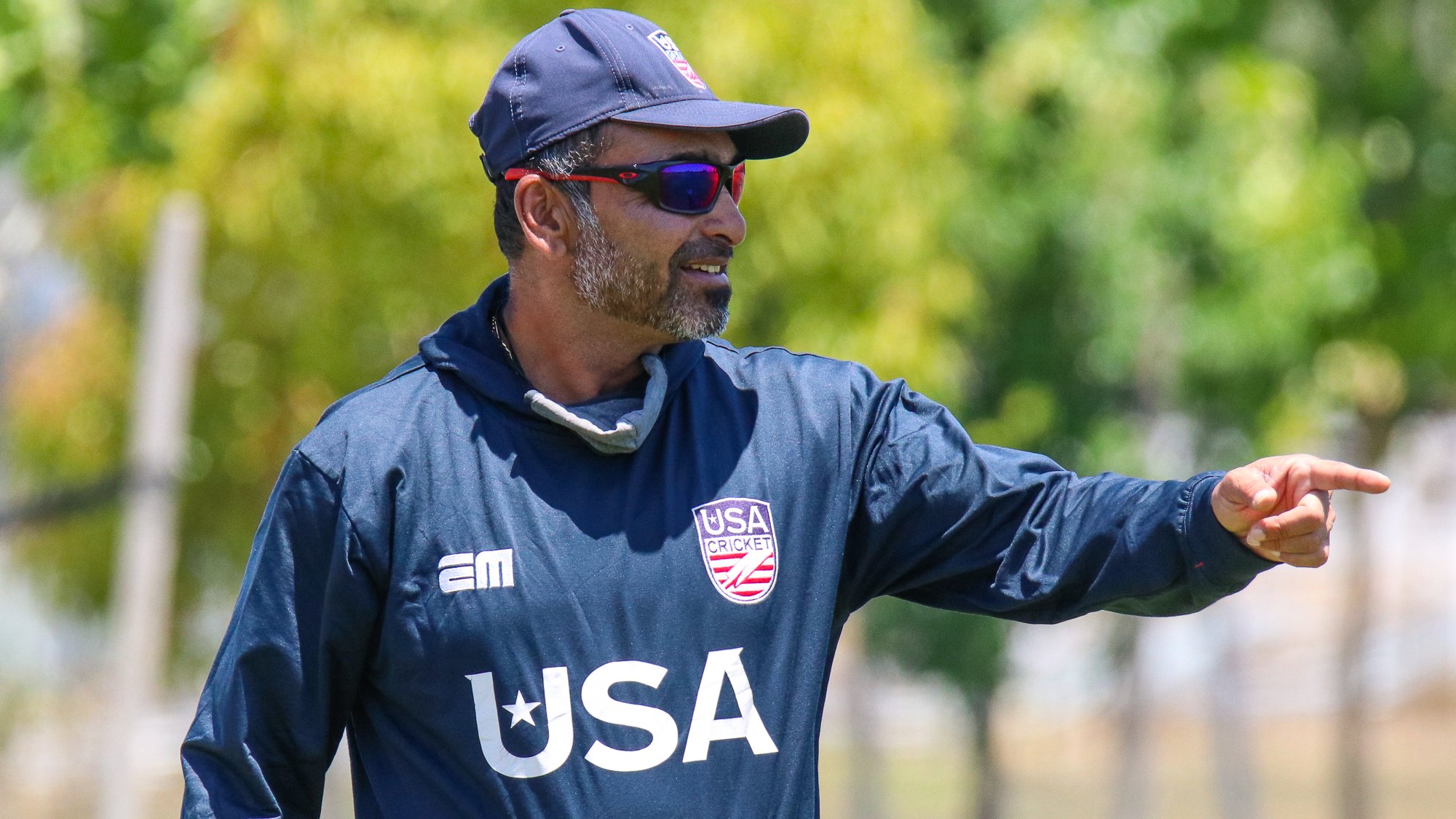 A USA Cricket 50 Over Men’s Selection and Training Camp is underway in Los Angeles, with the first two practice matches completed on Thursday and Friday. Los Angeles was preferred as the logical venue given the Camp was organized to immediately follow the recently concluded LA Open, with the majority of players having taken part in that event and were able to stay on. The Camp is scheduled to continue for another 5 days, with three more inter-camp 50 Over matches being played at Woodley Park, LA on Sunday 11th, Tuesday 13th, and Wednesday 14th July –  these three matches will be live-scored on the USA Cricket website.

The Men’s Selection Panel selected 26 players to participate in the LA camp, based on identifying the best 50-Over combination of players for USA to be successful in this format. The list included players from within and outside the current 44-player National Training Group and, excitingly for the future of USA Cricket, also included four of the recently announced Men’s U19 Squad who had impressed the selectors at all levels over the past few months.

Ten additional players, mostly from the 44-strong National Training Group, have also been given the opportunity to play in selected matches as not all of the 26 selected players were available on certain days and with some key players having planned rest and recovery following the LA Open.

The International Cricket Council (ICC) has been working closely with all seven participating countries in ICC Cricket World Cup League 2 to plan the return to action for the competition. At this point, USA Cricket is hopeful and confident that the next matches in the league for Team USA will be the Tri-Series between hosts Oman, USA and Nepal in September, but final ICC confirmation is awaited. The top three teams in League 2 advance directly to the ICC CWC Qualifier to be held in 2023, which is the final stepping stone to the 2023 ICC Cricket World Cup. With the last international matches for USA being nearly 18 months ago and all remaining CWC League 2 matches being of critical importance, all additional 50 Over preparation for Team USA Men’s Squad is hugely valuable. The camp has come together very quickly based on developments with the ICC’s scheduling, player availability, confirmation of facilities and the need for the wider Men’s squad to focus on 50 Over cricket preparation. The camp is also a very timely one, utilizing the window ahead of the start of the inaugural season of the Toyota Minor League Cricket Championship presented by Sling TV that begins on July 31st.

USA Cricket Operations Director, Richard Done, said, “Given the growing likelihood that the CWC League 2 series in Oman this September will go ahead, we need to ensure that our selectors get to see our players in a competitive 50 Over environment. The impending Minor League window which commences at the end of this month until September, has made it even more important to bring this group together quickly to spend some time focusing with the coach on 50 Over cricket.  Although there was a series of matches in Houston in April for some of the Men’s National Training Group and other players, our top Men’s 50 Over players have not yet met together in a full camp environment in front of the Men’s Selection Panel and the Men’s Coach since the start of COVID pandemic in 2020. This has been a source of frustration for all concerned, so it’s great that we’ve managed to pull this Camp together at somewhat late notice.”

USA Men’s National Head Coach, J. Arunkumar, added, “COVID has presented many challenges and it has been particularly difficult to get our National Men’s players together as a group to help build our team culture and prepare for all the important competitive opportunities in front of us. This is a welcome change and it’s been wonderful to see the enthusiasm within this group to make the most of it. The conditions at Woodley Park have been ideal to challenge our batters, particularly against spin, and for our quicker bowlers to bowl consistently in good areas, two skills which will be critical to our success in Oman. We are looking for batters who can score hundreds and bowlers who can win us matches under those conditions, so there is a genuine opportunity for players to put their hand up and grab a spot in our team.”

USA Cricket would like to thank all involved at both Woodley Park and the Southern California Cricket Association for making the facilities available and providing support for the successful hosting of this camp.

The 26 players selected for the 50 Over Men’s Selection and Training Camp
are as follows: (in alphabetical order)