January 8th 2019 is a date that will go down in history for cricket in America as USA Cricket was officially re-admitted as the 105th Member of the International Cricket Council. We as a squad had hoped the news was coming but it came a bit earlier than we expected and we heard just as we were all preparing to travel to Colorado for the annual Team USA Elite Training Camp.

So even though it was a cold front that dominated the weather as we arrived in Colorado Springs via our various airports, when we met together as a group for the first time in the New Year you couldn’t remove the smiles from our faces as we looked forward to a new future for cricket in America.

We were delighted with the strength of our performances in Oman where we lost just one match en route to taking one of the two qualification places alongside the hosts in December. After the break for the holidays, it was ideal to get back together to re-enforce the team values and the vision of the team moving forward. And although we were happy with our performances, we know there is always room for improvement in all areas if we can implement with the right work ethic.

As a group we understand better than anyone the importance of 2019 for USA Cricket and the future of the sport in the country. There is no question that ICC World Cricket League Division 2 in Namibia will be the most important cricket tournament that USA has ever played in, with ODI status at stake, a large number of guaranteed matches and the chance to take an all-important step up the World Cup qualifying ladder as well.

It’s not just WCL2 we have at stake in 2019 however as the possibility of going to a global ICC event for the first time since the solitary American appearance at the 2004 Champions Trophy is also there for the taking. The Twenty20 World Cup Qualifying pathway will complete this year and with it there are 6 places up for grabs in Australia, 2020.

It was with all of this knowledge that we came together as a group this week and the intensity, passion and togetherness that we have as a Team USA Squad was apparent right from the outset. We laid a solid foundation in the camp working with a particular focus on strength and conditioning knowing that WCL2 will be much more grueling with fewer rest days given the 3 venue format.

The team management, so ably led by Head Coach Pubudu Dassanayake, is leaving no stone unturned and we spent the week working on personal, physical and mental aspects of the game. We were lucky to be joined by special guests as well such as Jimmy Rosesinger, who took a specialist throwing session with his coaching experience from the US Air Force Academy Division 1 college baseball team and then for one of the real highlights of the week with Richard Ramsey who leads the Air Force Academy Center for Character and Leadership Development who took us all through a leadership session. We were together in camp for nearly a full week and we also undertook further team bonding sessions, yoga and meditation, sport psychology camps and strength & conditioning lessons.

USA Cricket camp done and dusted. It was tough, mentally challenging but everyone stepped up and found a new level within. Just starting to scratch the surface. Thanks to @teamusa for hosting us at the Olympic training centre. It was awesome!! Let’s get it ?????‍♂️ @usacricket pic.twitter.com/zPR3mN2dAL

As we move on to the technical and the tactical side of the game, the camp re-instilled into us that It’s the mental toughness that separates the average teams from the great ones and we as a team believe we are on the right path to creating history in the coming months.

We were told this week that greatness inspires greatness and there is no better place to have been inspired than the USA Olympic Training Center over the last week.

Thanks to everyone for their ongoing support, we can feel a real buzz around American cricket from all the fans that is just growing and growing everywhere we go. Here’s to a great 2019! 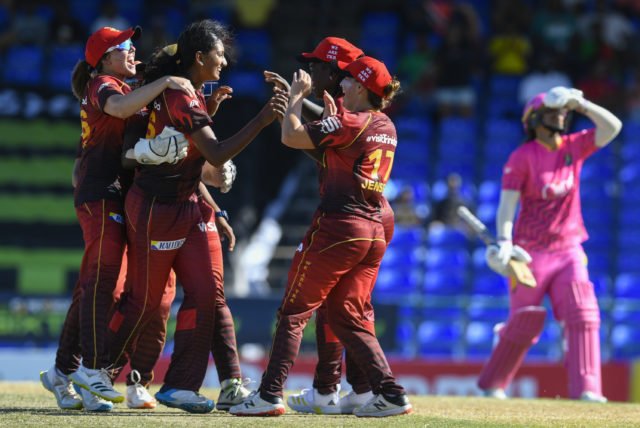