Team USA Women’s National Team Head Coach, Julia Price is looking forward to the challenge awaiting her side at the ICC Women’s T20 World Cup Global Qualifier in Scotland where she will be looking to steer her side to become the first American side ever to qualify for a T20 World Cup, which will take place in Australia 2020.

USA went down to a warm-up defeat by 58 runs to the in-form Thailand Women side at Arbroath CC yesterday but there was pleasing time in the middle for many of USA’s top order batters and wickets for Sara Farooq, Onika Wallerson and Samantha Ramautar.

In spite of that defeat, Julia Price has been pleased with the preparations for her side and although she acknowledges it is a big step up in level to the Global Qualifier, the former Australian International feels her side can compete. She said “We’ve prepared well for this crucial event and spent time acclimatising to the conditions in England before our journey up here to Scotland and the squad has bonded superbly during this period. There’s no doubt the weather and wind that we’ve been having has provided some challenges but we won’t have any excuses as a group and we will go and play our brand of cricket.”

Price continued, “With the format of the tournament we know we’ll have to get off to a good start and against the home side, Scotland we will need to be at our best. This is the level that we want to be at though for Women’s Cricket in America and if we can play to our potential, there’s no reason why we can’t have success here in Scotland.” The three USA group matches all start at 2pm local time/9am EST and there are reserve days throughout the tournament in case of any weather interruptions. Join us via @USACricket on social and on usacricket.org as we bring you coverage of the whole campaign for Team USA. 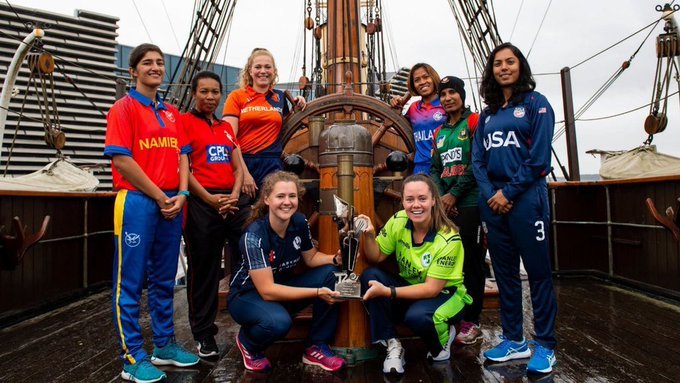